See all state and local sites. 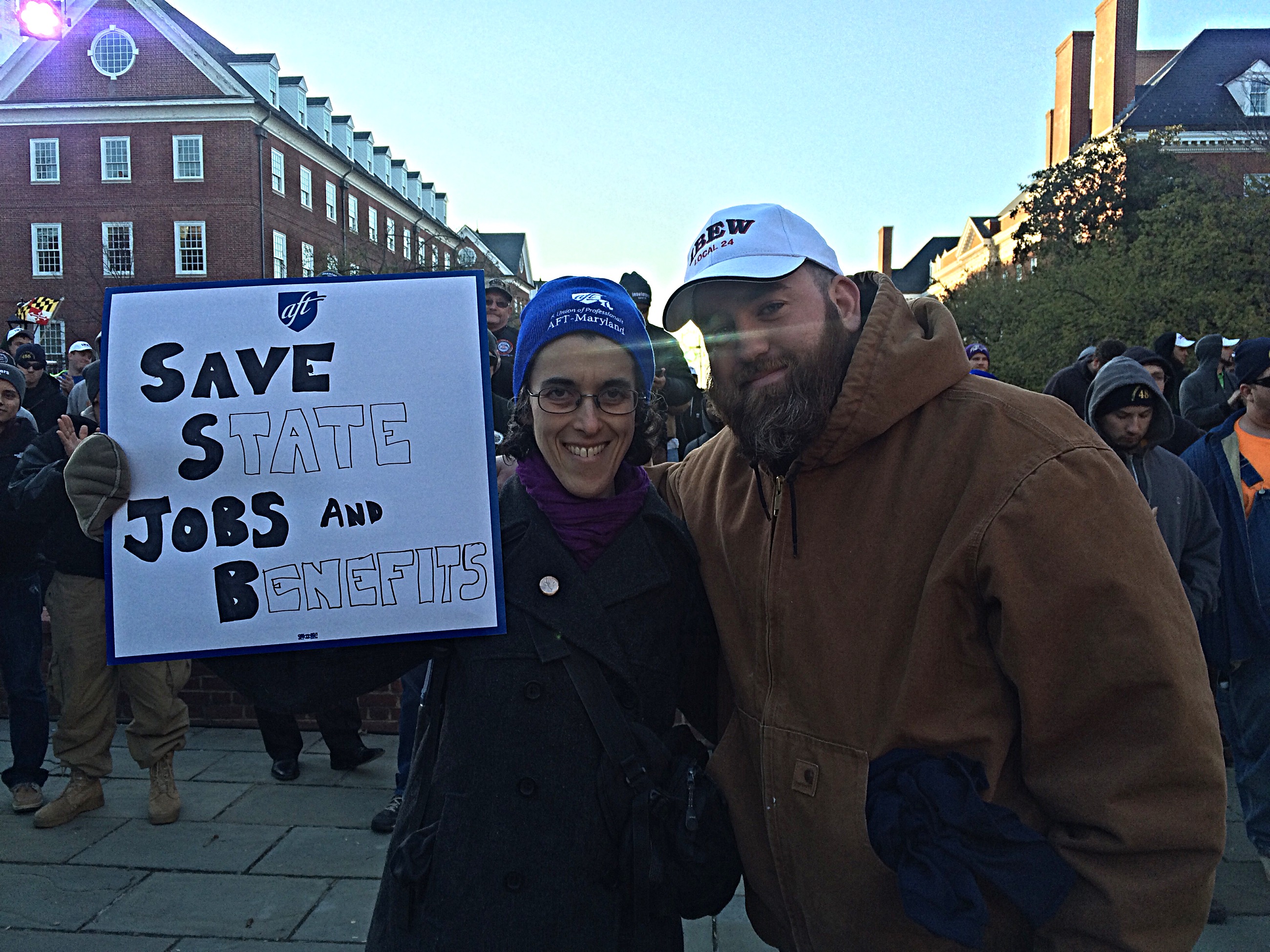 Labor was out in full force at Lawyers Mall in Annapolis as the AFL-CIO held their annual legislative rally on Monday, March 21st, to promote and advance issues important to organized labor. There was a wide range of support from a cross section of labor unions. Electricians, steamfitters and plumbers, government employees, teachers, and health care professionals were among the many who were in attendance. 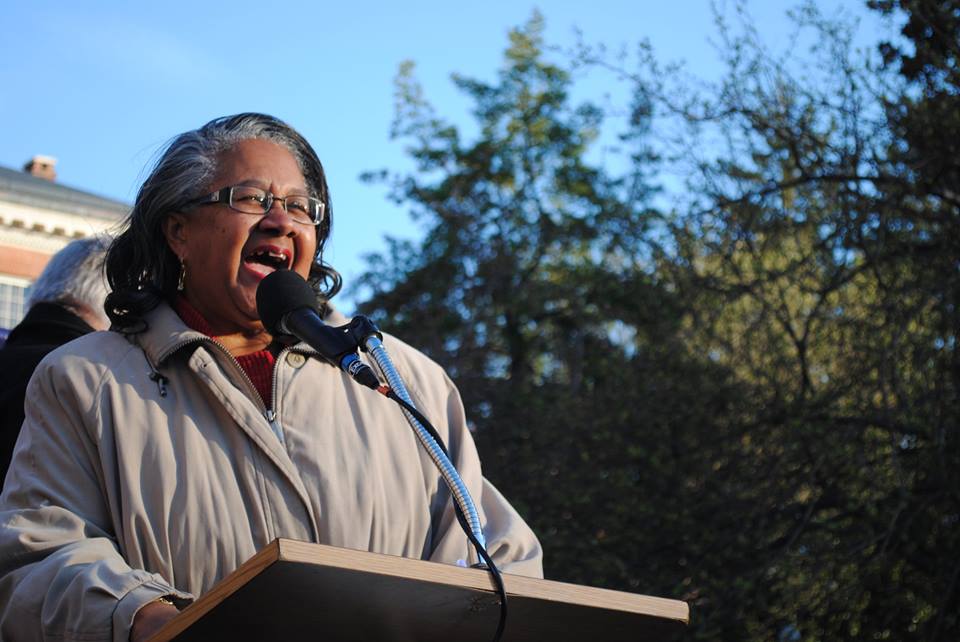 Elected officials also came to show support including state Senator Roger Manno and Delegates Eric Ebersole and Cory McCray. The highlight of speakers was Delegate and former City Union of Baltimore (CUB) President Cheryl Glenn. Delegate Glenn gave an impassioned speech that riled the crowd and excited audience members. She noted her commitment to labor and called on labor to stand with her as she fights for education funding for teachers and against privatization of public resources. 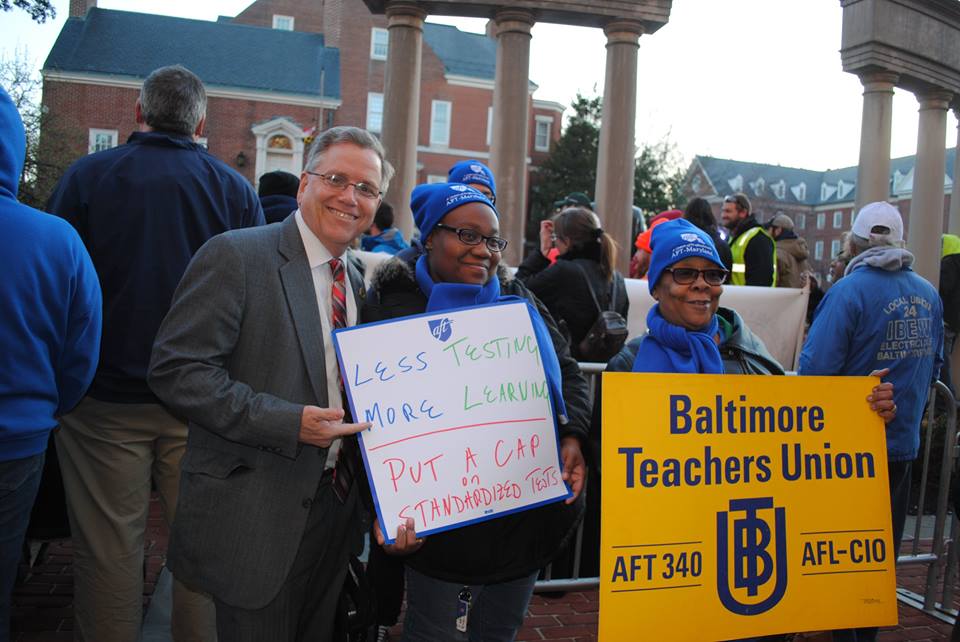 AFT-Maryland's Legislative Director Terence Cooper addressed the crowd and discussed the unified interest of all the labor unions as they work together to advance each other's needs. He spoke of the need for continued shared interest and mutually beneficial partnering that will ultimately deliver wins for organized labor. 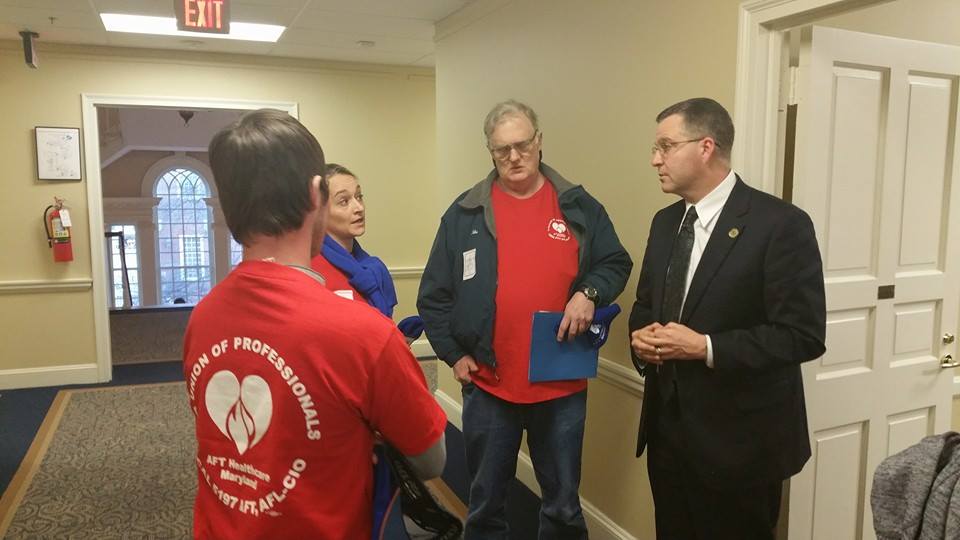 Following the rally, some members of AFT Healthcare-Maryland met with their Delegates to discuss the privatization of the Western Maryland Hospital Center while others from AFT-Maryland went into the state capitol to observe the proceedings in the House and the Senate.